In  the following letter from George Washington at the Library of Congress, he expresses his certainty about an Illuminati conspiracy that was infiltrating America and the Free Masons.

Revd Sir: I have your favor of the 17th. instant before me; and my only motive to trouble you with the receipt of this letter, is to explain, and correct a mistake which I perceive the hurry in which I am obliged, often, to write letters, have led you into.

It was not my intention to doubt that, the Doctrines of the Illuminati, and principles of Jacobinism had not spread in the United States. On the contrary, no one is more truly satisfied of this fact than I am.

The idea that I meant to convey, was, that I did not believe that the Lodges of Free Masons in this Country had, as Societies, endeavoured to propagate the diabolical tenets of the first, or pernicious principles of the latter (if they are susceptible of seperation). That Individuals of them may have done it, or that the founder, or instrument employed to found, the Democratic Societies in the United States, may have had these objects; and actually had a seperation of the People from their Government in view, is too evident to be questioned.

My occupations are such, that but little leisure is allowed me to read News Papers, or Books of any kind; the reading of letters, and preparing answers, absorb much of my time. With respect, etc.

I used the following links to find the transcript and images of the letter at the Library of Congress: Transcript, Page 1, Page 2. However, these links no longer work, so I provide new links later in this article.

The letter starts at the bottom of the first image: 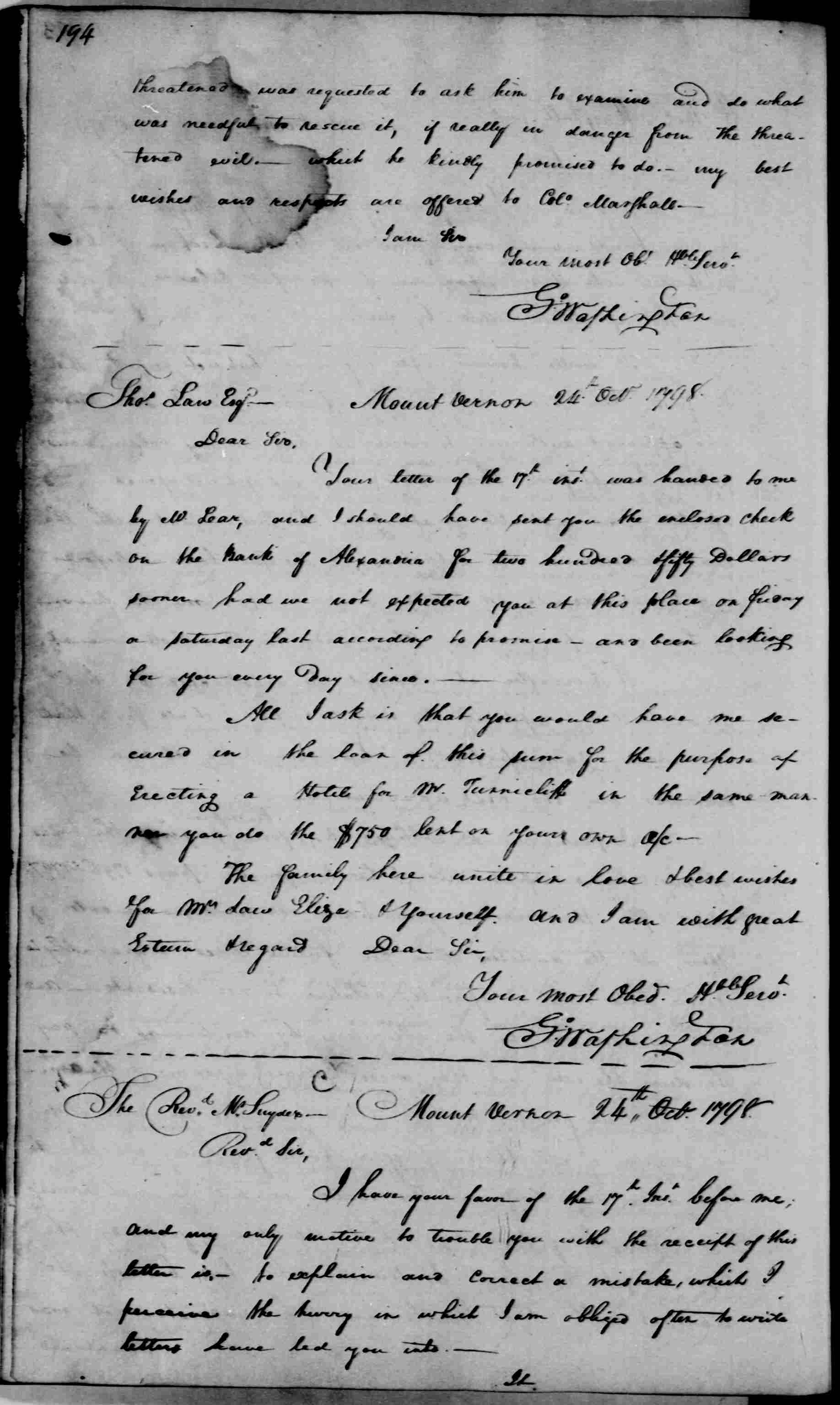 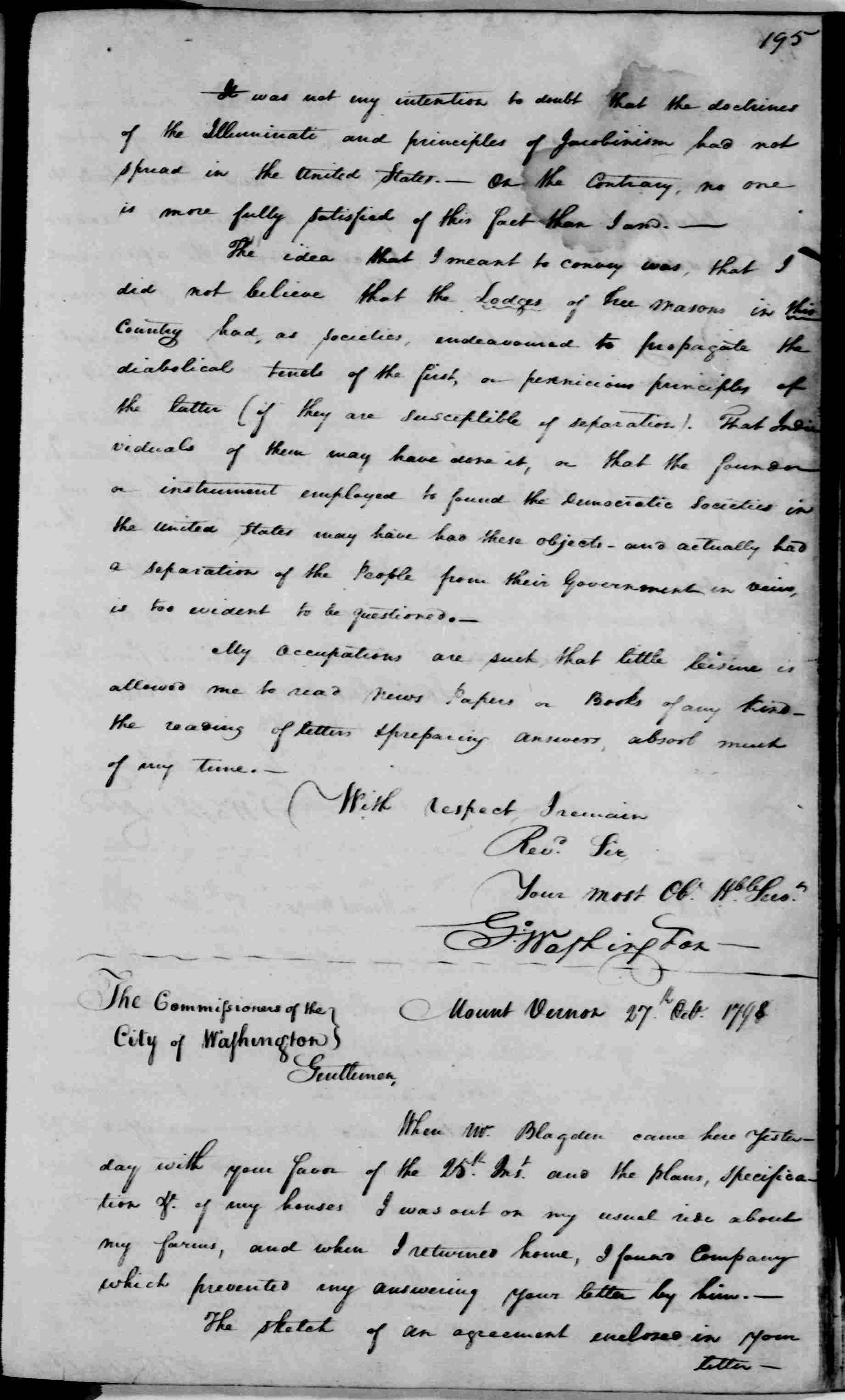 The original links no longer work, but what appears to be the exact same letter is at https://www.loc.gov/item/mgw441411 at The Library Of Congress; however, this letter is physically different, which means that at least one of them has been manually copied. This one is more likely to be the original. 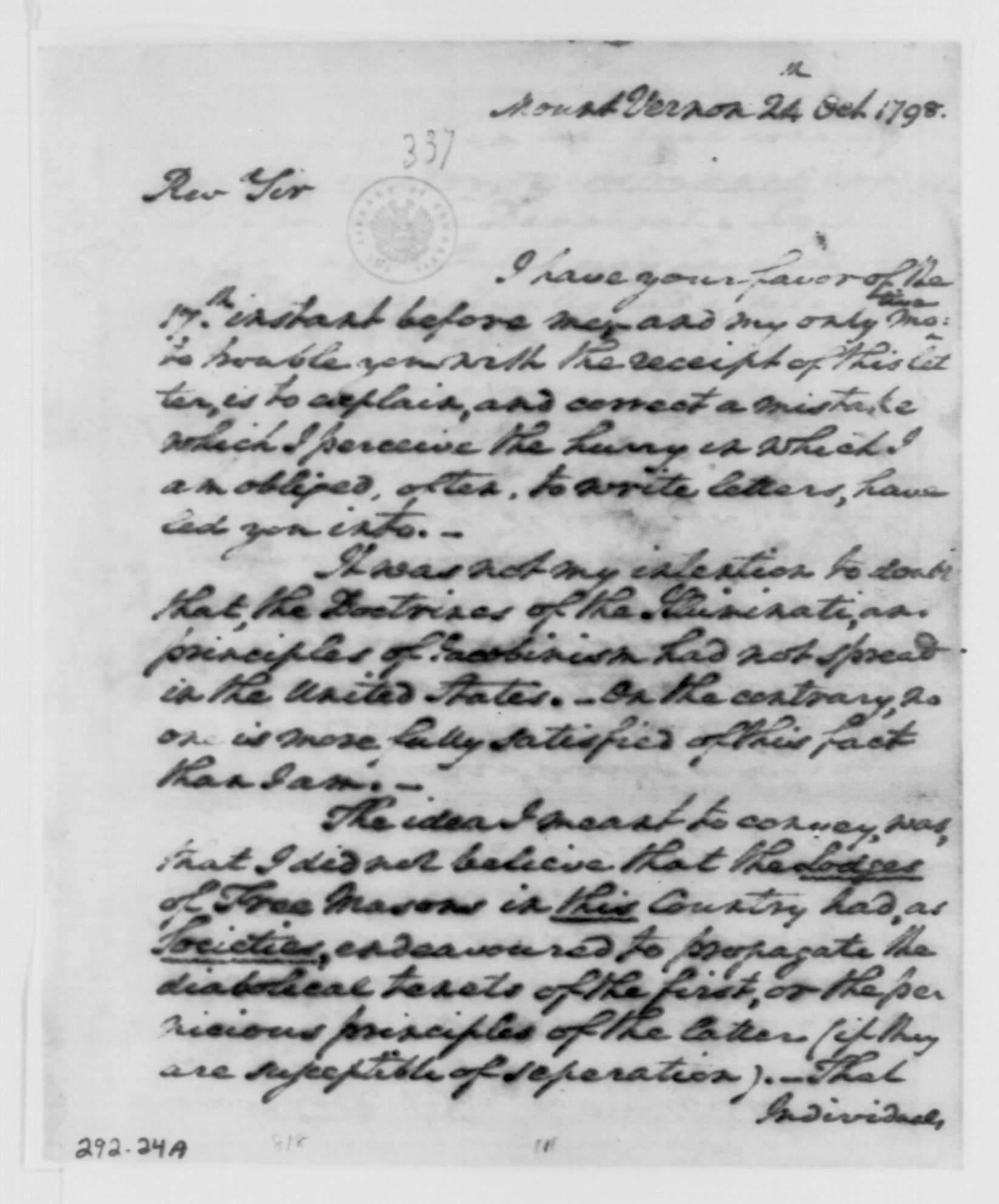 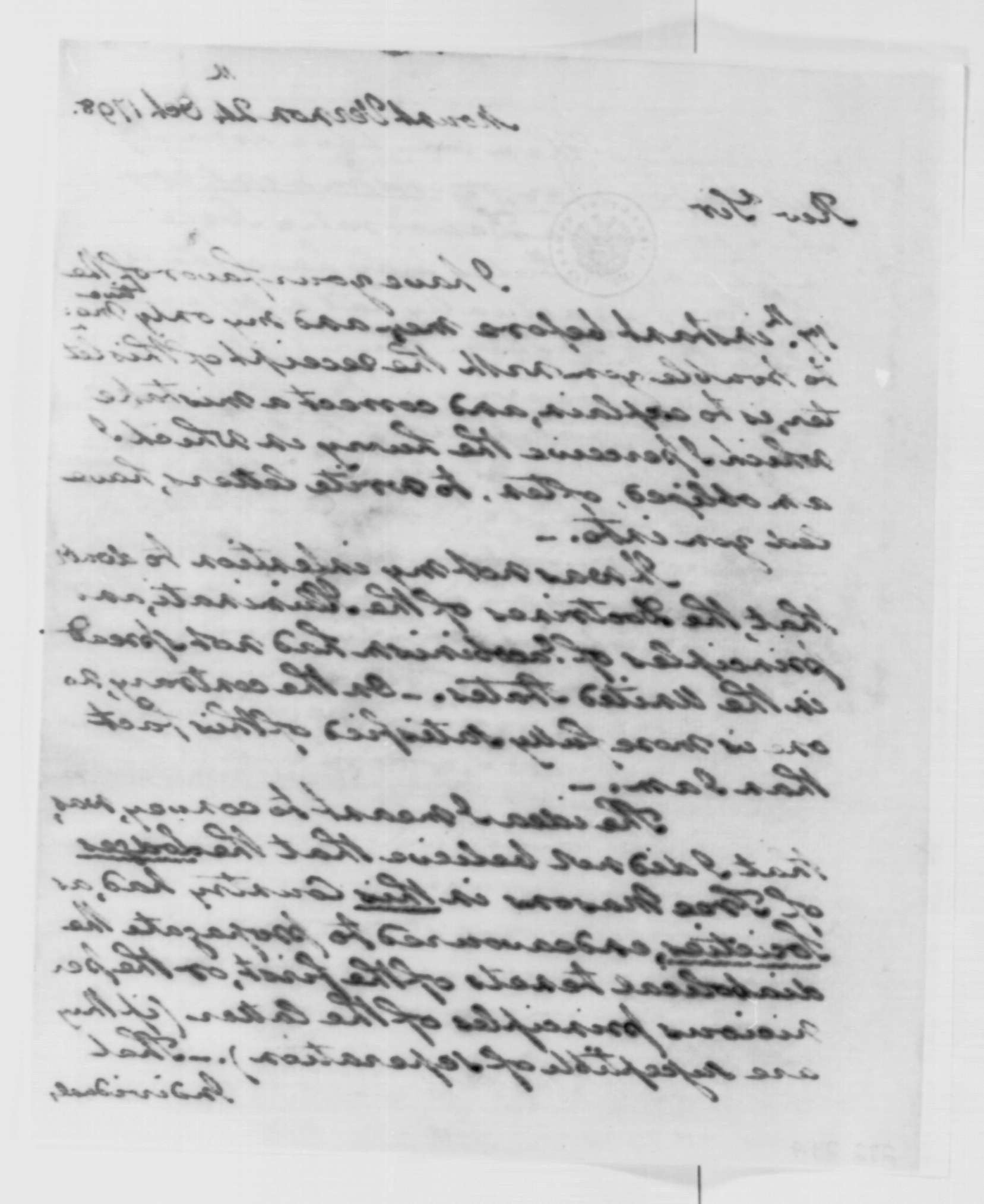 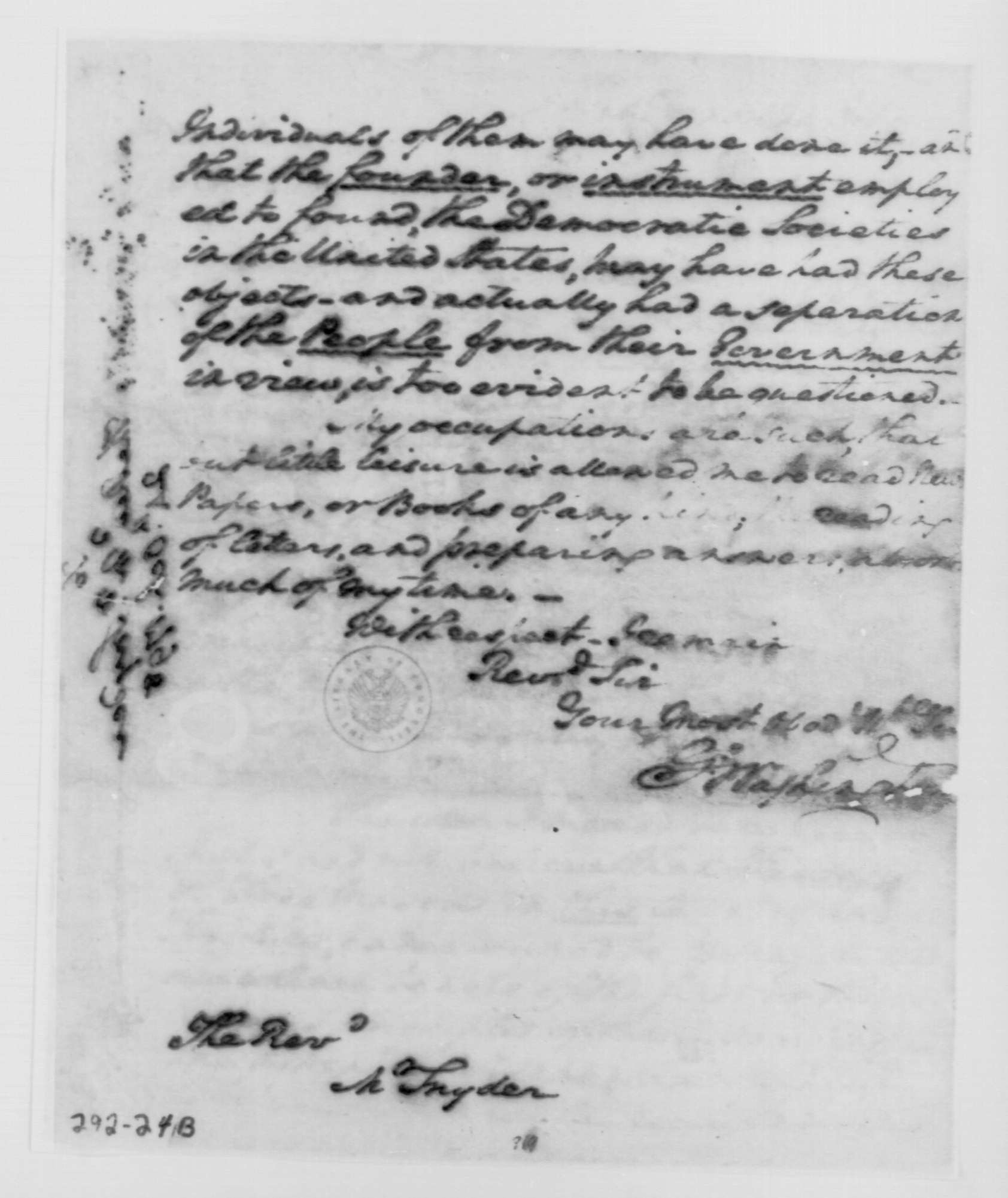 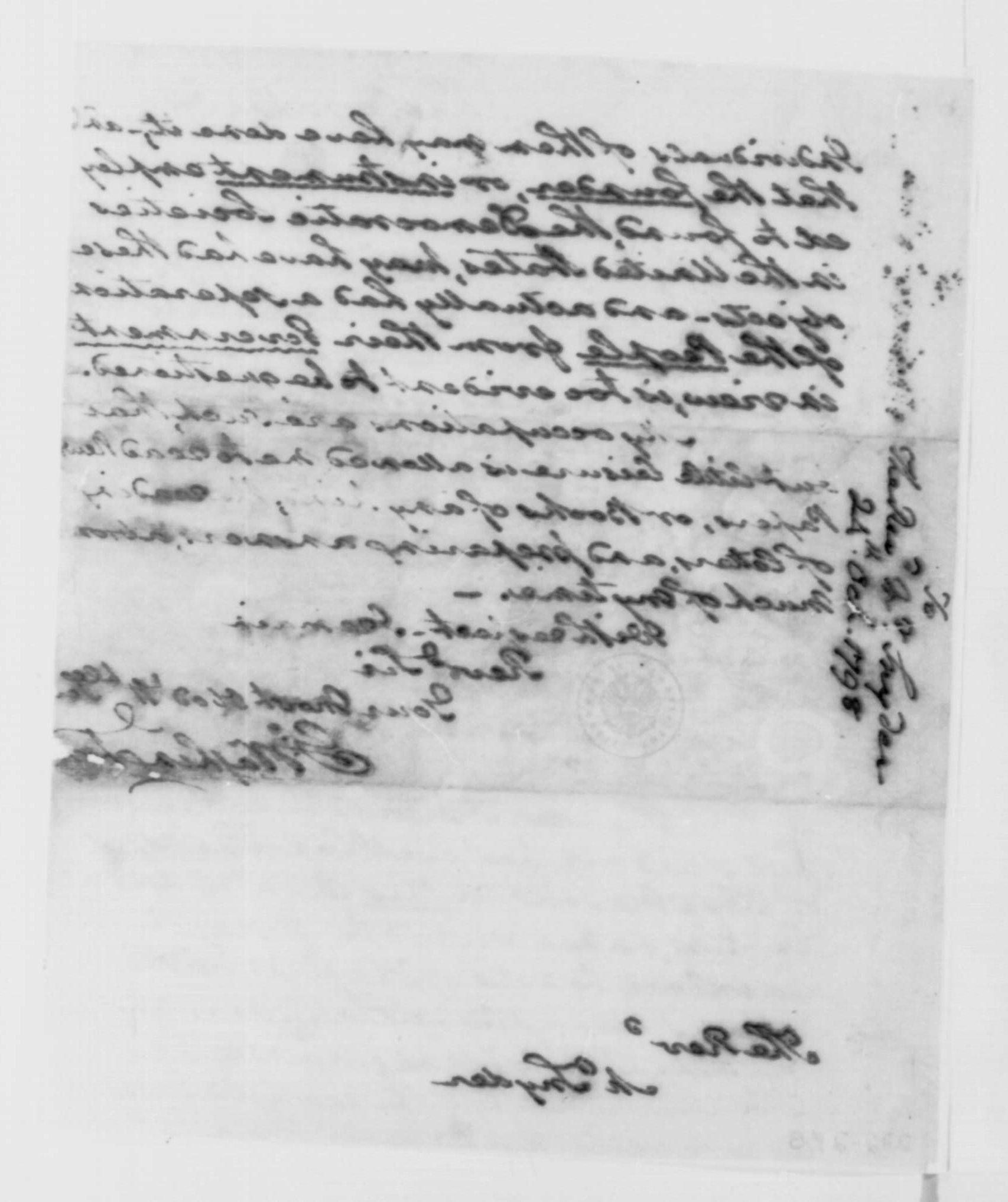