In my lifetime, I have observed that hate flows from the left.

This hateful public speech by an LA teacher attempts to incite armed revolt by Hispanics in America and is more hateful than anything I have heard from the KKK,  and yet the hypocritical LA School District says that’s OK because he didn’t violate any rules.

A few days later 500 SEIU protesters surrounded the house of an employee of a company they hated. They were right up against the house while a 14 year old boy was hiding inside alone. Then, they moved on to terrorize another family’s home.

Although 3 police officers eventually arrived, they refused to defend the family’s property rights! (This reminds me how the government made a deal with BP that allowed them to violate the property rights of family’s along the Gulf coast.) The police claimed they were afraid that their presence might actually incite the crowd to violence!

Can you imagine the reaction if the KKK held an identical protest at the home of an employee of the NAACP!? The hypocrisy is breathtaking!

A few days earlier, both police and then a large team in riot gear showed up at a small and peaceful Tea Party who’s protesters were not violating any property rights. 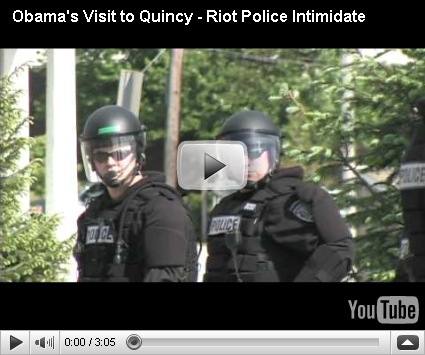 I watch a lot of news, YouTube, etc., and I have personally attended multiple Tea Parties, but I have never observed any hateful rhetoric from a Tea Party. The reality is that these nonpartisan Tea Parties are the victims of hateful hyper-partisan rhetoric like the following from MSNBC: 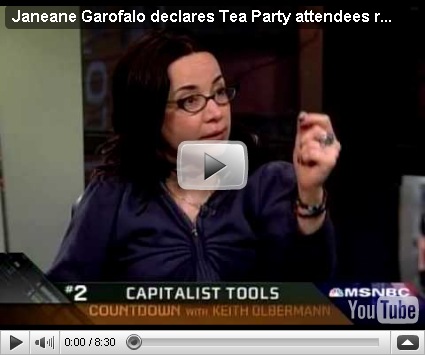 Not only is MSNBC’s hateful rhetoric  90% wrong, they are doing exactly what they accuse others of doing by trying to foment hate against others.

I think it is fair to say that the side that hates is probably the side that’s wrong, and the left seems to attract most of the haters now.

I think Janeane Garafalo may be right that some people have a physiological predisposition to hate, and if such people want to have the ability to express their hate, then their only real choice is to be on the left. The left therefore, attracts today’s haters – like Garafalo and Olbermann.

Look at what leftist hate inspired these SEIU members to do to an African American Tea Partier: 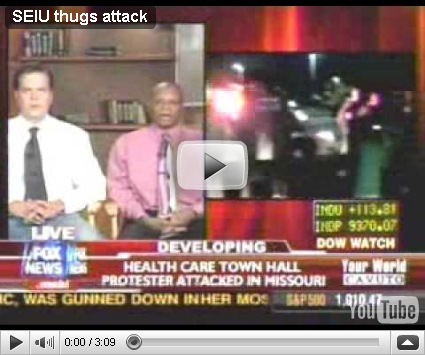 The reality is that the hateful rhetoric of the Democratic Party, SEIU, MSNBC, Hollywood, etc. is beginning to bear fruit.

If we understand the reality of Big Government, then we can begin to fix it.

The Promise of Reality is Freedom.