I know that education could be a lot better for less cost and I will explain how to get there, but many people just can’t get their head around such innovation, so let’s start with what everyone believes, and then look at some analysis that everyone can immediately recognize has a ring of truth, and then we’ll explore a solution that a majority will instantly recognize as superior to the status quo. 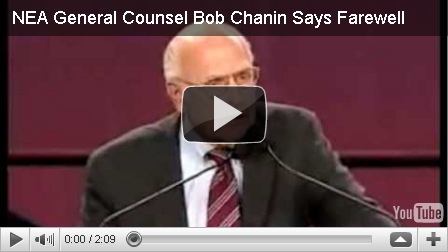 Unions represent teachers – not parents or kids. Unions are about power.

Apparently, government and union leaders think that parents and children need to just shut up and sit down.

A friend of mine, let’s call him François, disagrees – vehemently. François knows that parents have lots of choice because he has studied the issue and talked with some teachers. François says that he understands education much better than me even though I have three children in school and he has no children at all (because he doesn’t want to increase his carbon footprint)!

I asked François to give me his best example of how he knows that we parents have so much control over our children’s education, and he explained that the parents on his street go to PTA meetings where they forced the government to raise their taxes and to hire more teachers! FORCED?! Higher taxes and more union members are exactly what politicians and union leaders want!

Those poor parents … they were so desperate to help their children … They probably thought it was their idea, but clearly it was the union’s idea. There was probably one guy who was thinking for himself a little bit and expressed doubt, and those poor desperate parents probably insinuated (in that passive-aggressive left coast way) that he might not be one of them, at which point, he would be terrified that some of them might be thinking he was a closet right-wing, teacher-hating lunatic who watches Glenn Beck. Then those poor desperate parents proceeded to jump through every hoop as the union played them like a piano.

In the near future, I will explain a solution that I think the majority who care about the children will agree with.

I’ll have more to add to this article soon, but for the rest of it, I’m just going to throw out compelling information as I find it, and then I will develop solutions.

College cost inflation has increased much faster than general inflation. 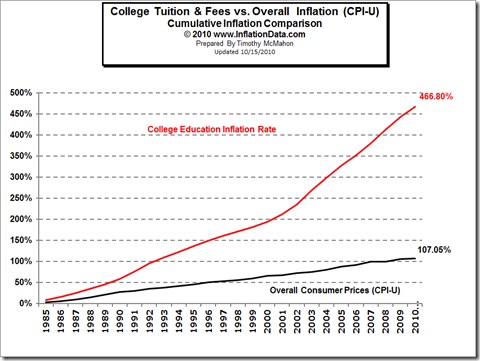 It seems like College is becoming a scam. Surely the internet, video lecturers, recorded lectures, and other innovations could cut college costs by about 90%.

What about K – 12? Consider that Jimmy Carter and Congress created the Department of Education in 1977, and that inflation adjusted costs per student have doubled since then; whereas, results have gone down.